Girls - will he ever be able to choose?

I meet him in sleazy bars. We talk secretly and silent about our lives. Though I am not saying that the information we exchange has a very intimate relationship to the truth. But then again, the truth is an overrated commodity. 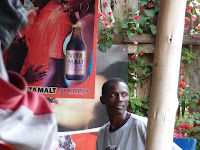 He tells me about his life in Africa. At least this is what he calls the place he frequent goes to. Africa - a rather broad concept, I should think. Most of the time we talk about women; probable a very male and heterosexual topic. But I guess it is because this is what we are. 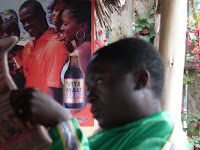 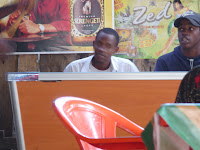 Sometimes I wonder if he will ever settle down and enjoy only ONE woman. He will immediately respond that he has tried, but he failed to keep her or maintain her, as he choose to express it. For European ears it might sound very exploitative, but it is not. Only a form of expression. In his defense he concludes that it will be a very long time before he can imagine a women he dares to trust enough to rely on her completely. I find it a very cynical verdict. 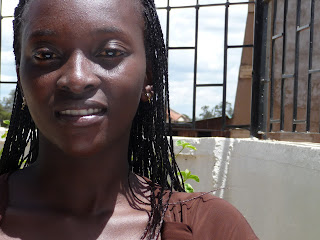 This time he has again returned from an African city where he has already been many times. He tells me about Mary and Maria. He was confused about their names. There was something about both of them that tricked his memory. He is sure that he met them before. But instantly, he corrects himself,

I suggest that women very easily can change names - like they change hairstyle. He shakes his head, and he looks almost furious. He suddenly appears scary as if he is bewitched. He stares straight at me and says that one of them was the best fuck ever. Before I can react, he almost swallows his own words again.

He continues in dreamy tone: "A womans tongue and lips has giving me graceful moments in heaven" 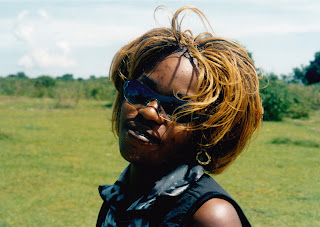 I cannot agree more. But I think he has taking himself too far. He has converted his relationship to woman into pure consumption. Every time he looks in a new direction there is always a new women staring at him and he cannot reject the temptation to act on her lead.
- March 22, 2013 No comments:

Geoffrey died last night. I remember him with great joy from Jekaki Band. When I was living in Kampala from 2003 to 2005 the 4 boys were everywhere. Always behind leading musicians and at National Theatre every Monday evening. 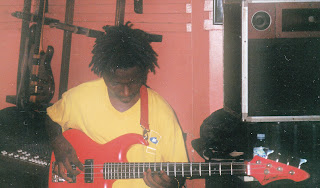 I have always wanted to write stories about Jekaki Band and these 4 boys, which stopped being boys long time ago. Unfortunately Geoffrey will not be around to read my story.
My mistake - an inexcusable hesitation. 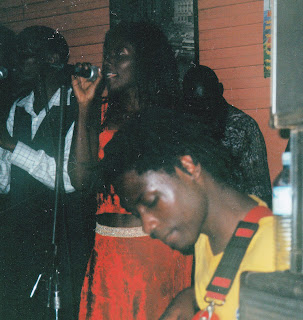 There were a special energy between them and in Jakaki Band, that we ought to remember and recapture, but such an energy will not last forever:-( But the band have had great influence for many musicians in Kampala. All 4 of them were and are great artist.

Later on after I moved back to Denmark Jakaki Band traveled to Denmark and other European countries to perform. They also performed just around the corner from where I live in Copenhagen. It was a very nice experience to see them in this very different setting, though the venue was not the best.

Geoffrey was also in Germany a number of times. In that period he grew, how should I put it, very big. One time I met him in Kampala after he came back from Germany. and I could hardly recognise him, because of his size:-)

There was a time where he would come and ask me all kind of questions about Europe. I think it was because he had got a German wife. He must have thought that I could help him understand his muzungu woman. A cross cultural relationship is NOT very easy to be in. Unfortunately I don't think I was of much help for him - and maybe I was not the right one to ask!

Eventually Geoffrey left Jakaki Band. He began to play cultural music, and I heard he also did a very good job training young boys and girl to play instruments in Masaka, and it sound like him.

The only way to remember him is to keep making music, playing instruments, writing songs and stories


Dear Geoffrey
Rest in peace
We will remember you
Thank you for the music
- March 20, 2013 No comments:

Are you even here?

Young volunteers - do you know, why you are here, or are you just having fun?

You are in the midst of a post teen-age rebellion. It will evaporate as everything else you touch. You are caught by your own ignorance.

Africa has become Latin America in 1980'es. We have nothing to offer, but the world will continue without us.

Another continent sees itself being abused by young Europeans for self-realisation. They will soon return home. Not very influenced by what they have seen. Maybe because they have not seen very much.

Perhaps it sounds hard and cynical, but the world does not change very much in a couple of decades.

We can as well call it by its name - cultural colonialism. There is no "post" about the colonialism I see in Africa today.
- March 16, 2013 No comments:

I have left Kenya - again. I cannot even count the many times I have been to Kenya during the last 10 years. Still I am not sure I understand very much. This time I am about to say that democracy is very superficial in Kenya, but where is democracy NOT superficial?

3 weeks before election day I arrive in Nairobi. I am sitting in one of my usual drinking places downtown Nairobi. It is a bar in Koniange Street where corporate people enjoy to come and have drinks in the evening - no, it is not Kengeles, but the bar on the oppesite side of the street. The name of the bar cannot come to my mind. When I enter the bar the first public TV debate has just ended. All the participating candidates are hugging and kissing each other. I do not take much notice. The man next to me at the counter tells me that the debate has been very good and the discussion where held on high intellectual level.

I stay in the bar for a couple of hours and drink the usual number of guinness before I return to my hotel and go to sleep. The hotel is always the same and located around the corner.

During the following weeks here is a very profound and intimate exitement - everyone remembers the last election in 2007 and especially the post election violence in 2008. Nobody want it to happen again, but the atmosphere tells the story of fear and hope. We know now that the election happened peacefully, though it was a very fragile process. 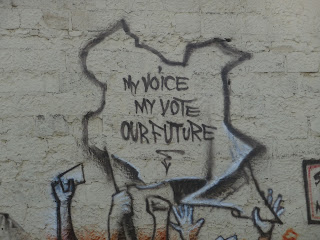 The peacefulness has been good for Kenya, and when the result finally was announced (6 days after election day), it appears as if everyone accept the result. There has been many questions asked. Many questions are still unanswered, and only time will answer them.
- March 14, 2013 No comments:

I am not going where I am supposed to go. Here is something wrong. I have neglected my own project.

I should not make others walk in my old footsteps. They are dry and worn out tracks. Very similar to the railway here. Following these traces will not give you any experience - just empty hands. Only fresh footsteps will give you hunger after more, BUT walking in somebodies footsteps is maybe a false approach.

I can only show people beauty if I walk somewhere for the first time. Also, I have to be fresh and exploring. It is not where we walk - but how we walk.
- March 14, 2013 No comments:

I have dedicated myself to understand white men in Africa by using my own flesh and blood. I am not sure that I understand very much - and I definitely do not like what I see.

Instead I thought I could take you where I go and we would see the same light shine, but recently I realised that I was wrong. There is nothing I can do - and no place I can take you that will make feel what I feel. My feelings are mine. You will have your own feelings and I will remain anti-social.
- March 13, 2013 No comments:

Africa has let me live an unusual and in all ways extraordinary life. I will always be grateful and respect her deeply.

I have seen beauty that I never before even dared to dream about. Men and women have shown me grace, compassion, empathy and love. 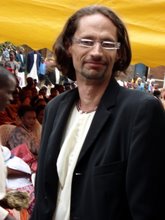